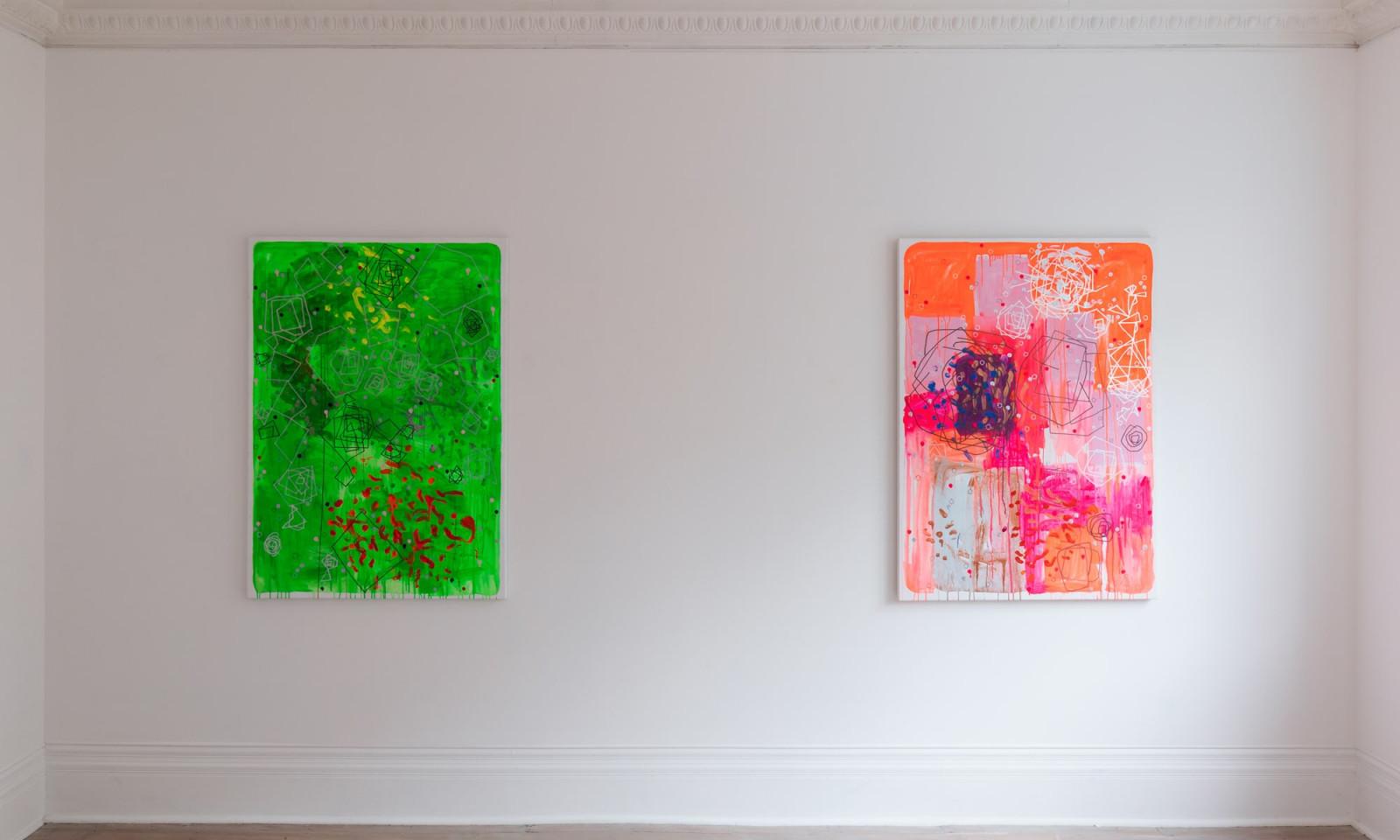 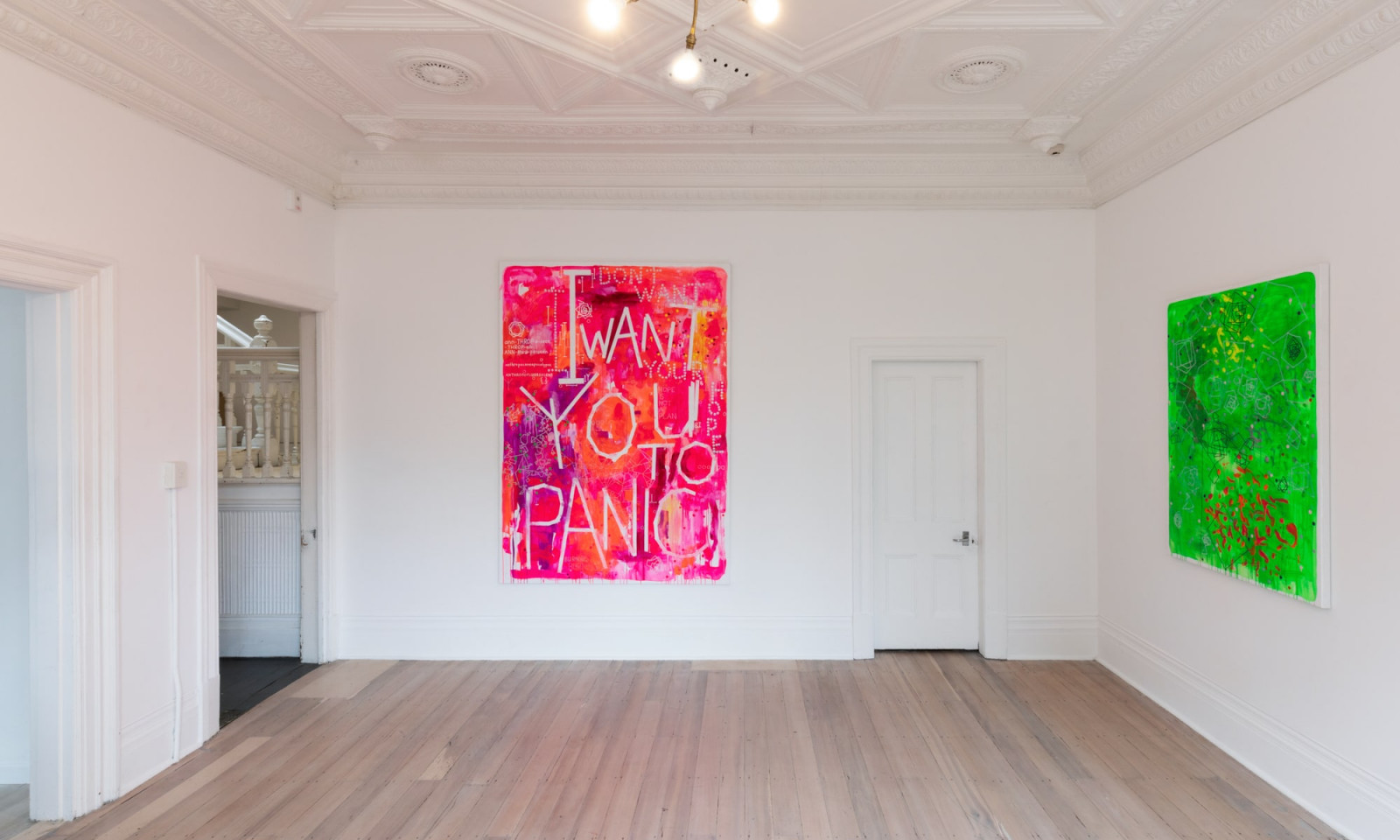 Thoughts and prayers... "That phrase has become meaningless. It's a thoughtless phrase. Basically an insult.” – Jack White, on The Raconteurs' song 'Thoughts and Prayers’, 2019

Thoughts and prayers – a well-meaning platitude turned glib and vapid through ubiquitous over-use by politicians and interpreted lack of action in the wake of tragic events.

During the disastrous 2019-20 Australian bushfire season, PM Scott Morrison was criticised for extending his 'thoughts and prayers' to the victims in a perceived attempt to deflect attention away from the climate crisis and government inaction.

‘Thoughts and prayers’ – a common sentiment issued by American leaders after shootings – were also ironically directed towards pro-gun lobby group National Rifle Association by social media users after it was revealed in 2018 they were facing financial difficulty.

Emerging from a zeitgeist defined by uncertainty, John Reynolds reckons with the cliche, presenting a series of frenzied, unstable paintings.

Offering no solutions, Reynolds describes the works as “formal collapses” –  the painterly ground frayed like a piece of fabric stretched taunt. The gesso visible through imperfect layers of acidic (toxic?) colours that cascade and drip.

Kinetic drawings crawl across the surface of the painting like a stream of consciousness. Organic loops and spirals vie with spiky, hard-edged triangles. A rose? A constellation of stars? A spider web? A virus?

Featuring Greta Thunberg’s call to arms in the face of the climate crisis – “I want you to panic” –the paintings are both socio-cultural commentary and self-reflexive criticism of the limitations of “art as activism”.

Deliberately fragmented, unfinished, elusive, contradictory, impatient, yet humming, mesmerising and hopeful … the works speak of Polish artist Józef Czapski’s declaration that painting is both a “prayer” and a “defeat”. 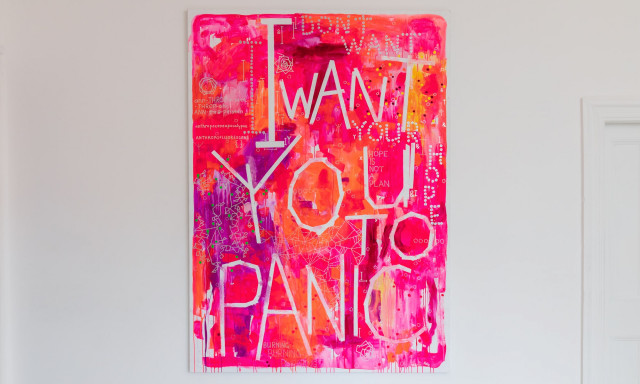 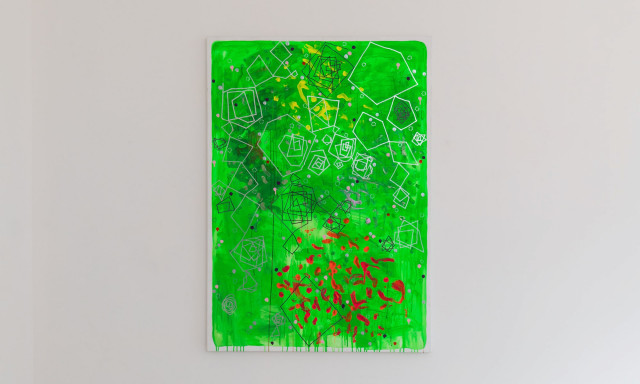 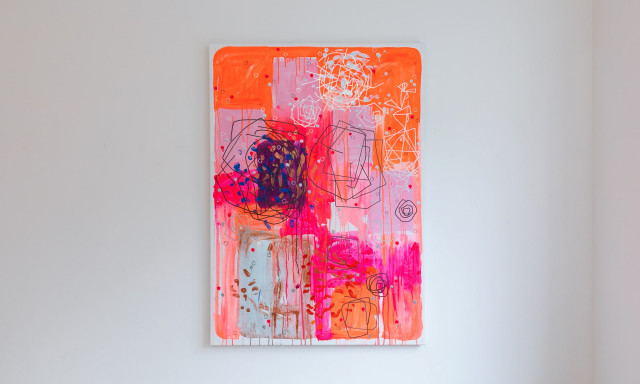 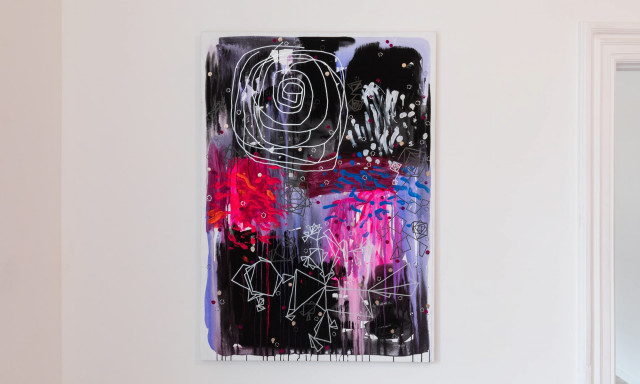 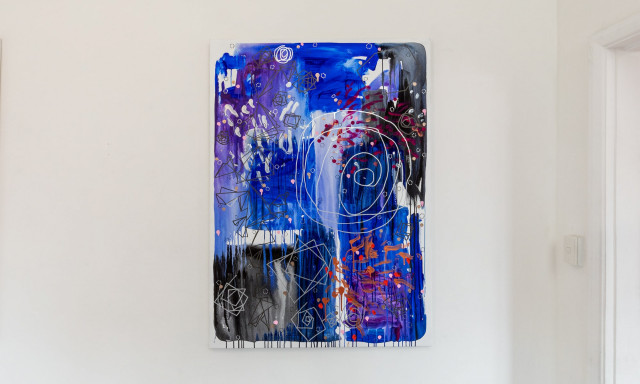 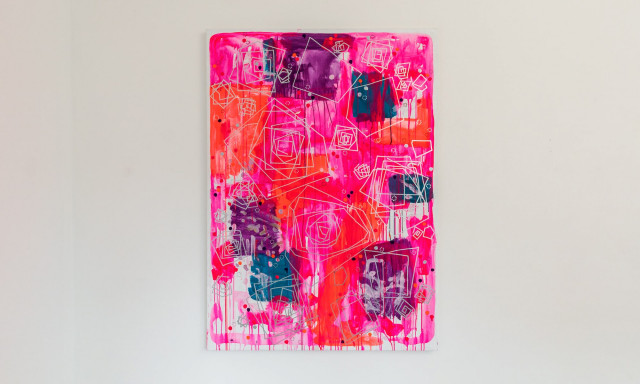 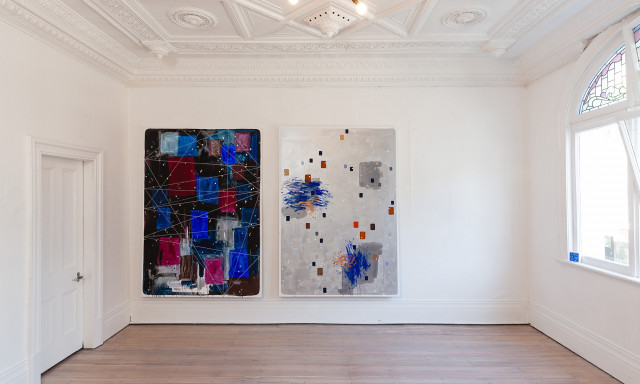 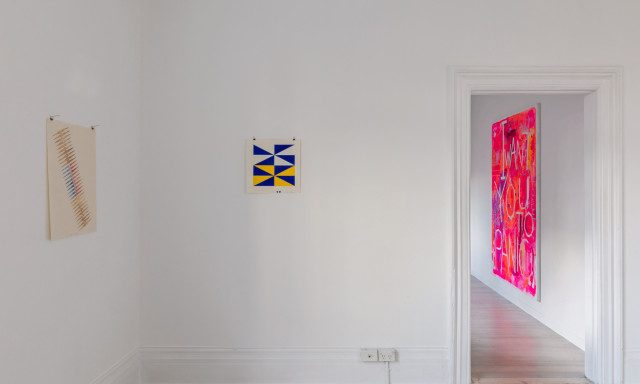 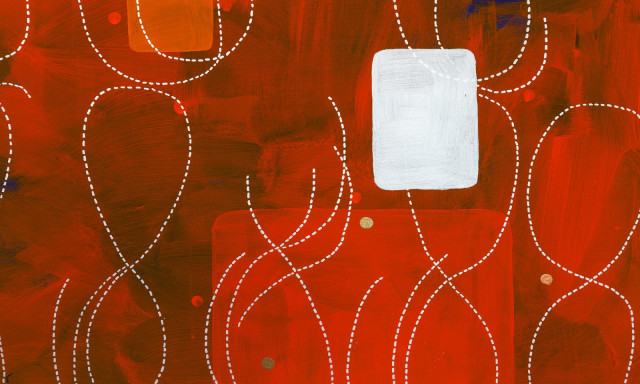 The Emptiness of All Endeavours
John Reynolds
All Previous Exhibitions