All Kinds of Trees 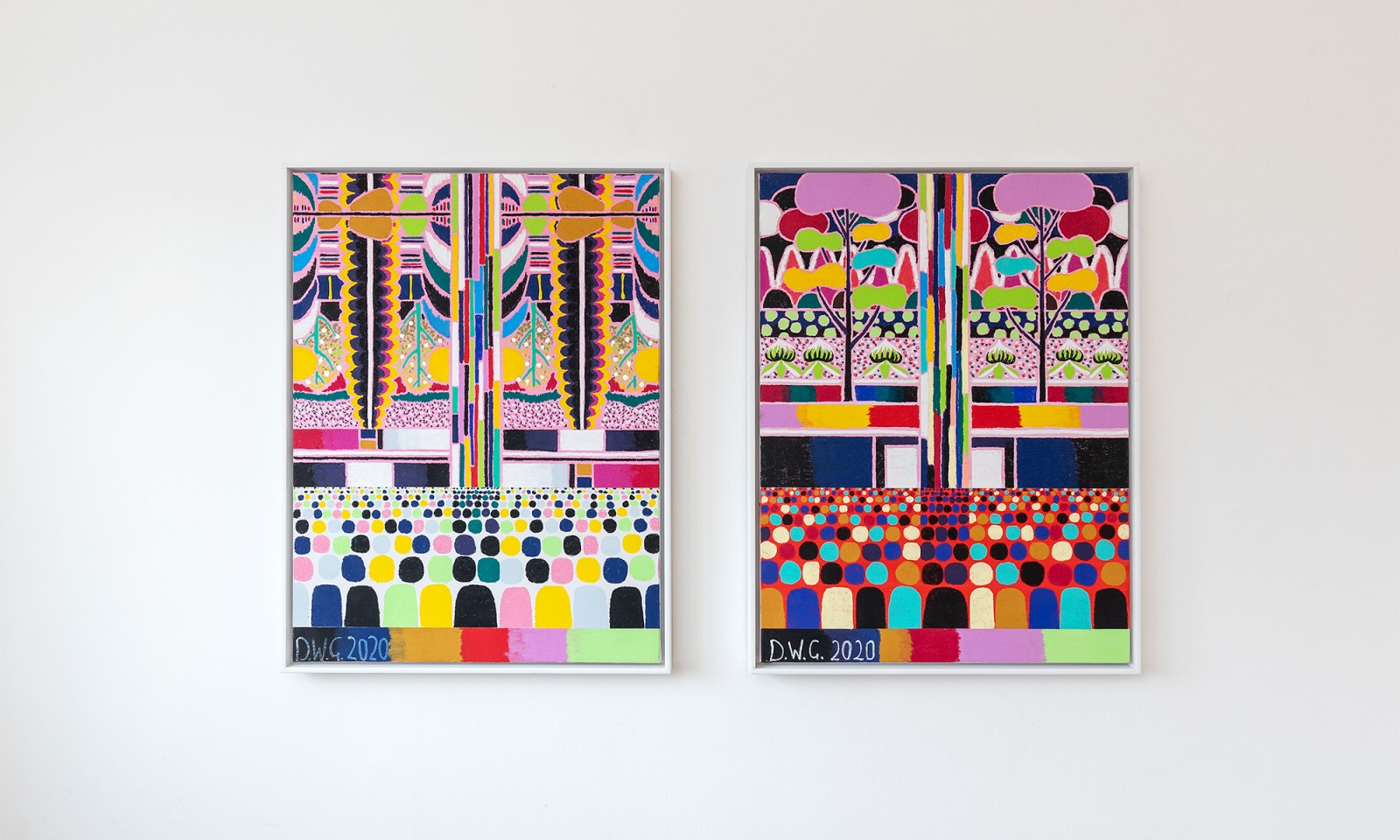 An exhibition of recent work by Darryn George. 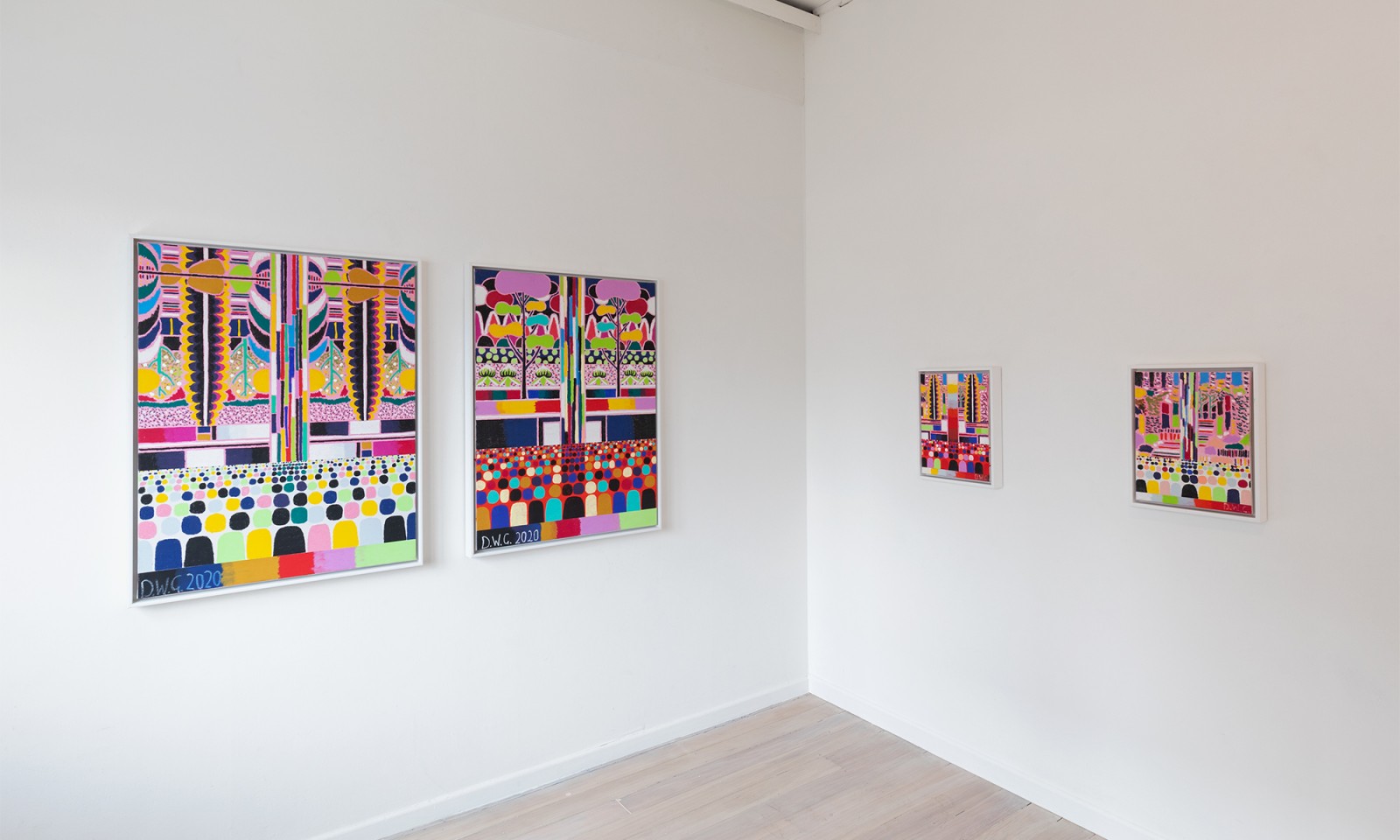 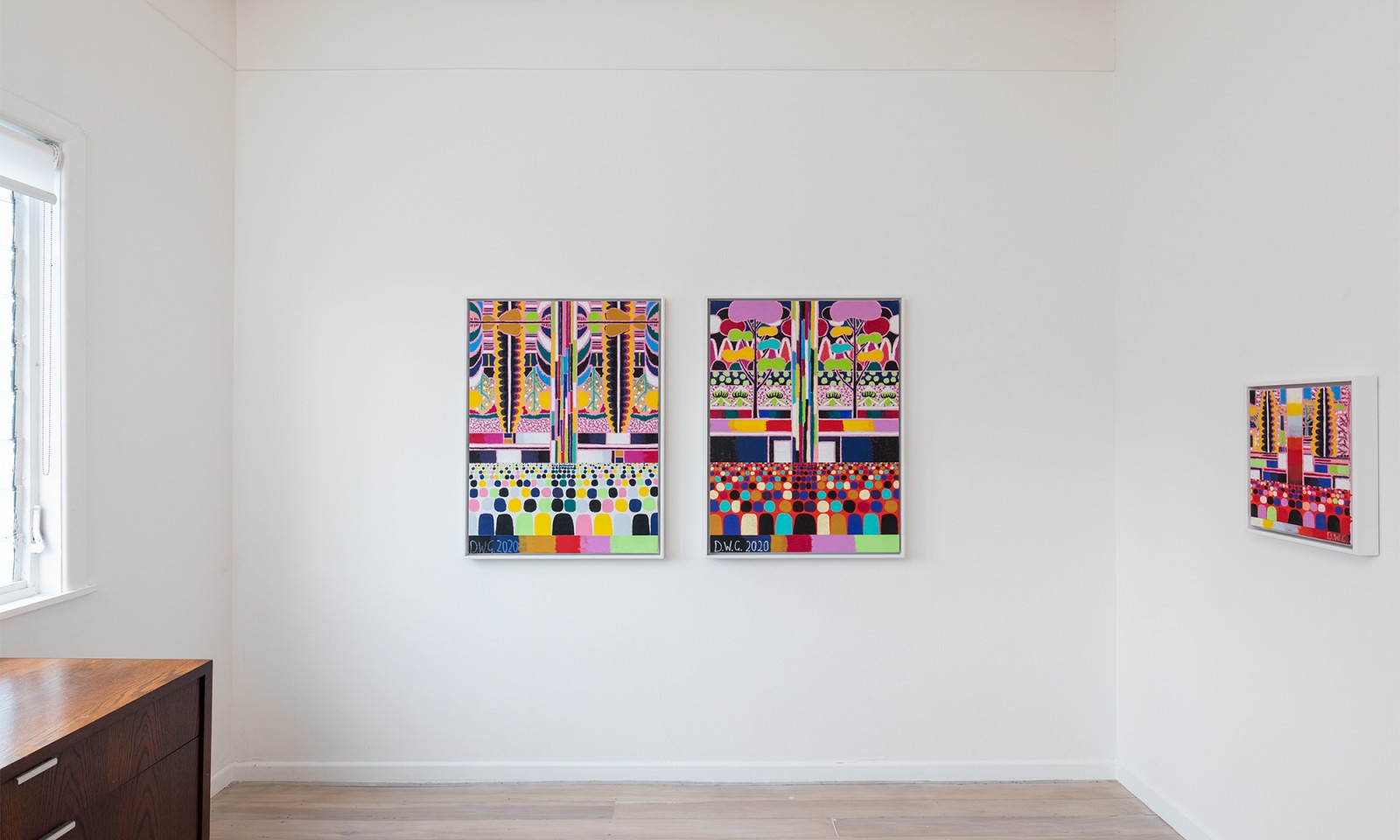 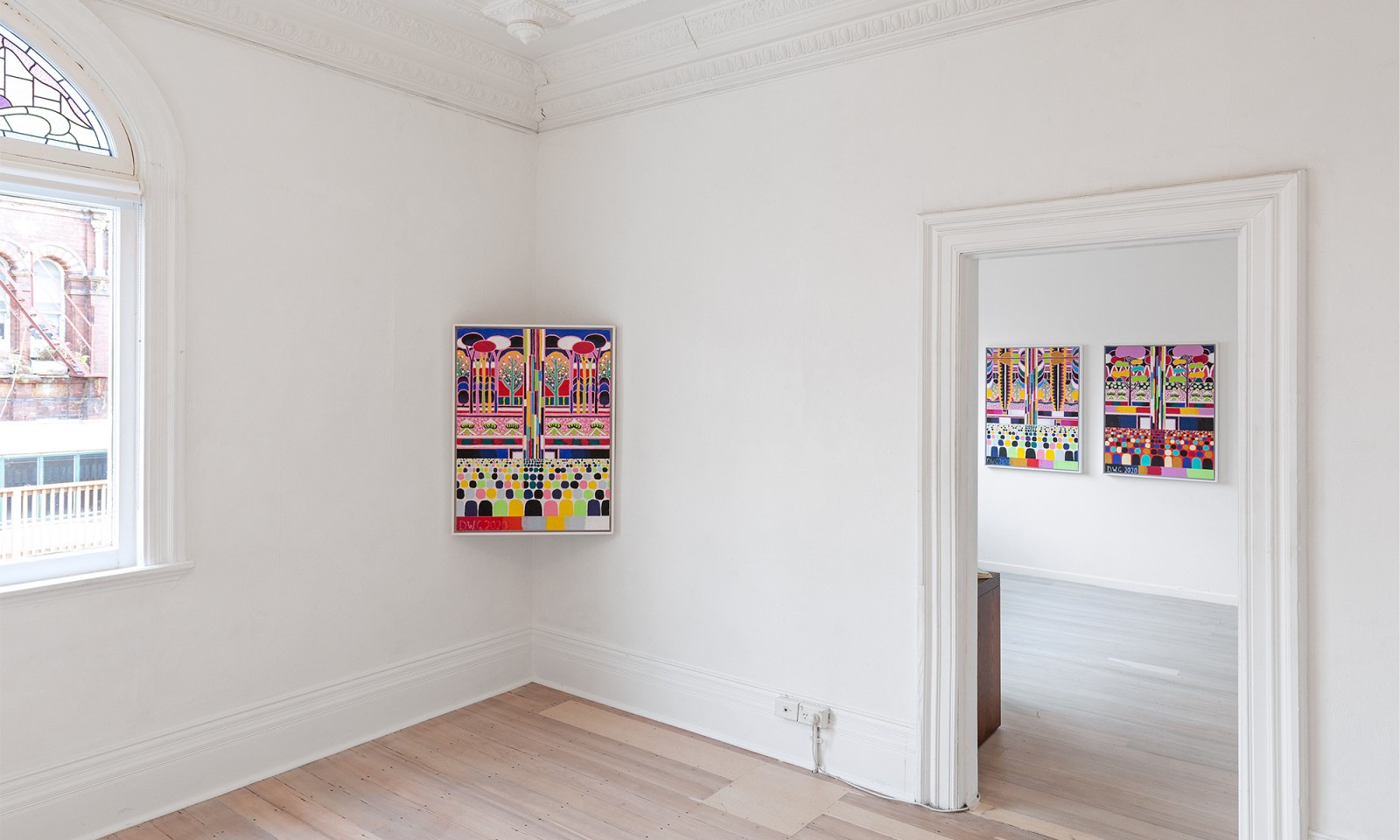 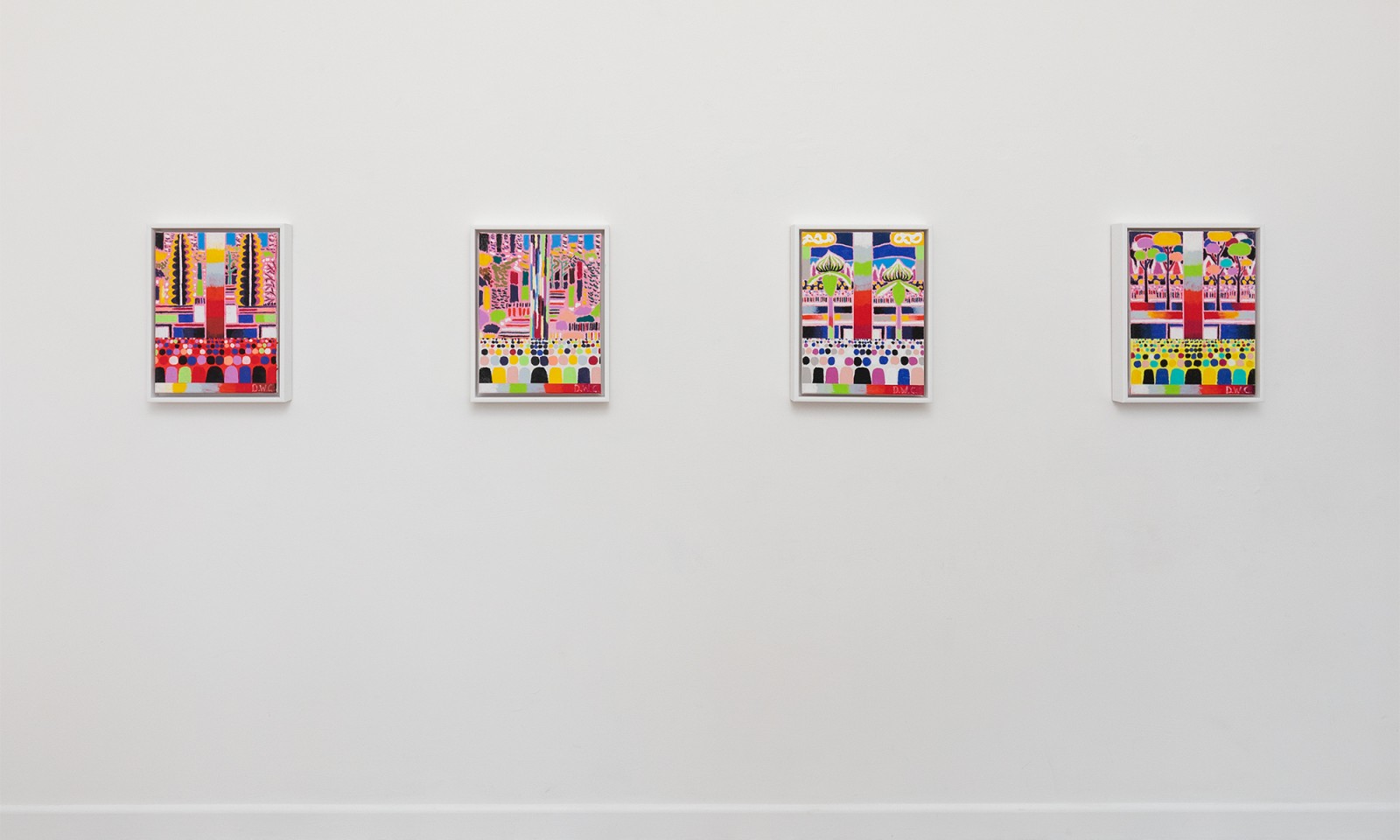 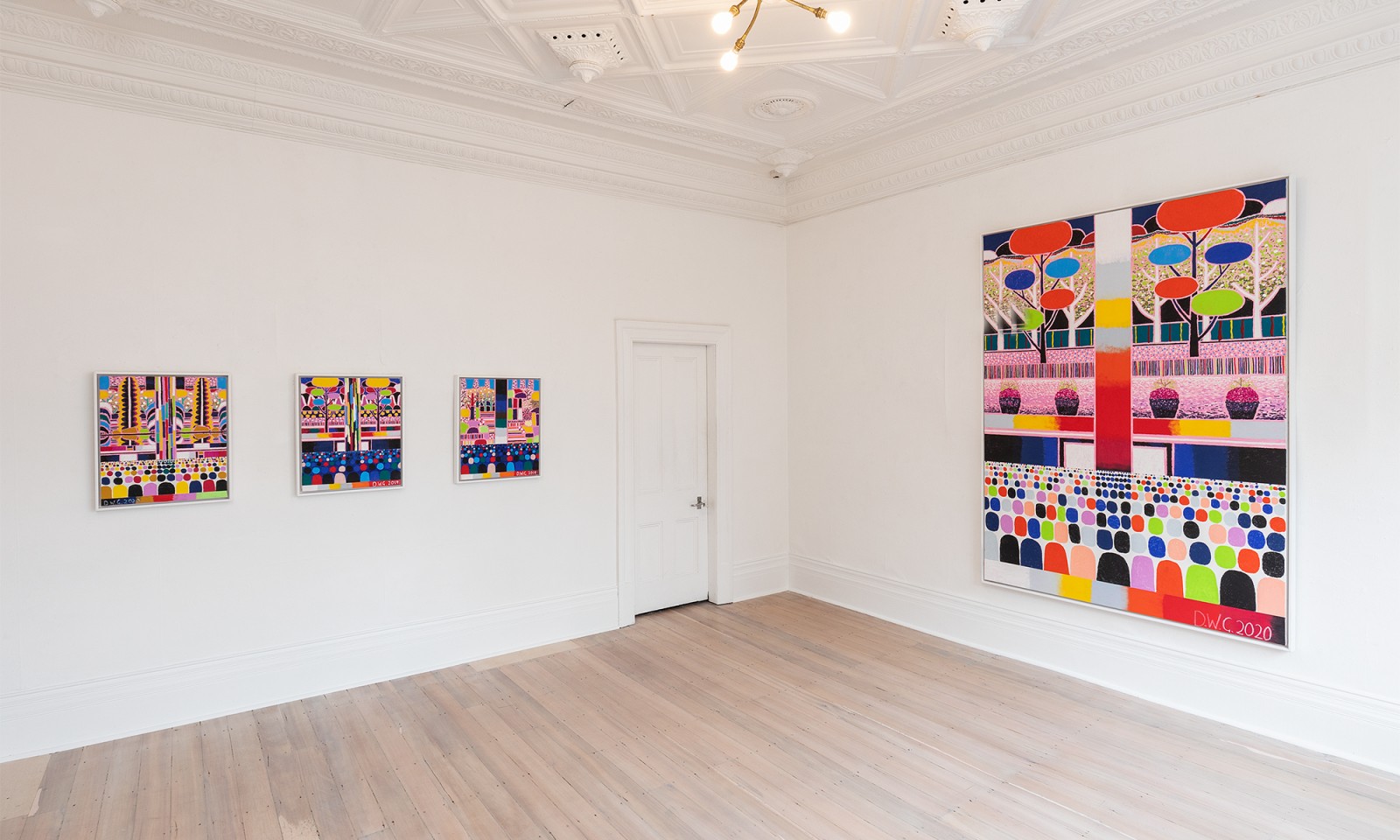 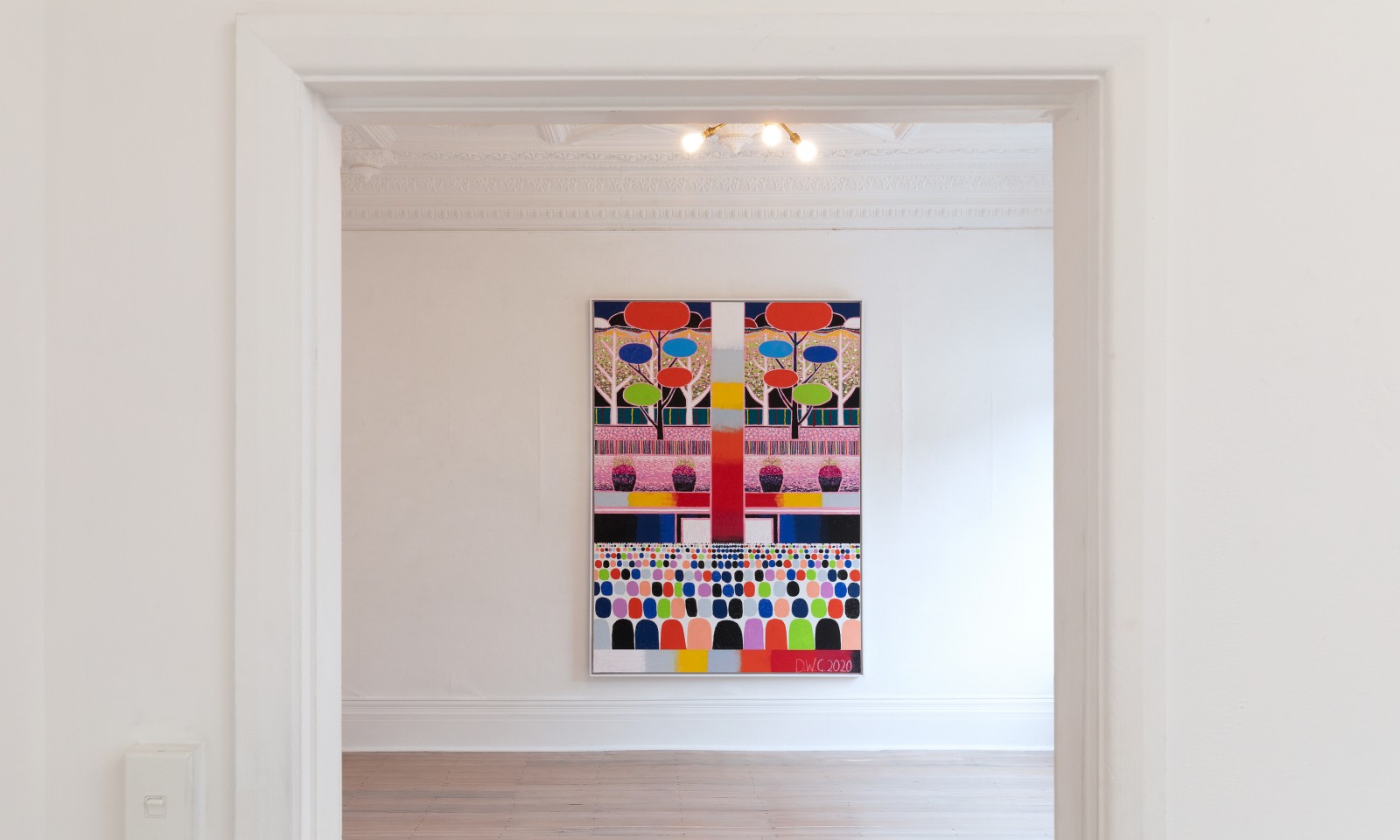 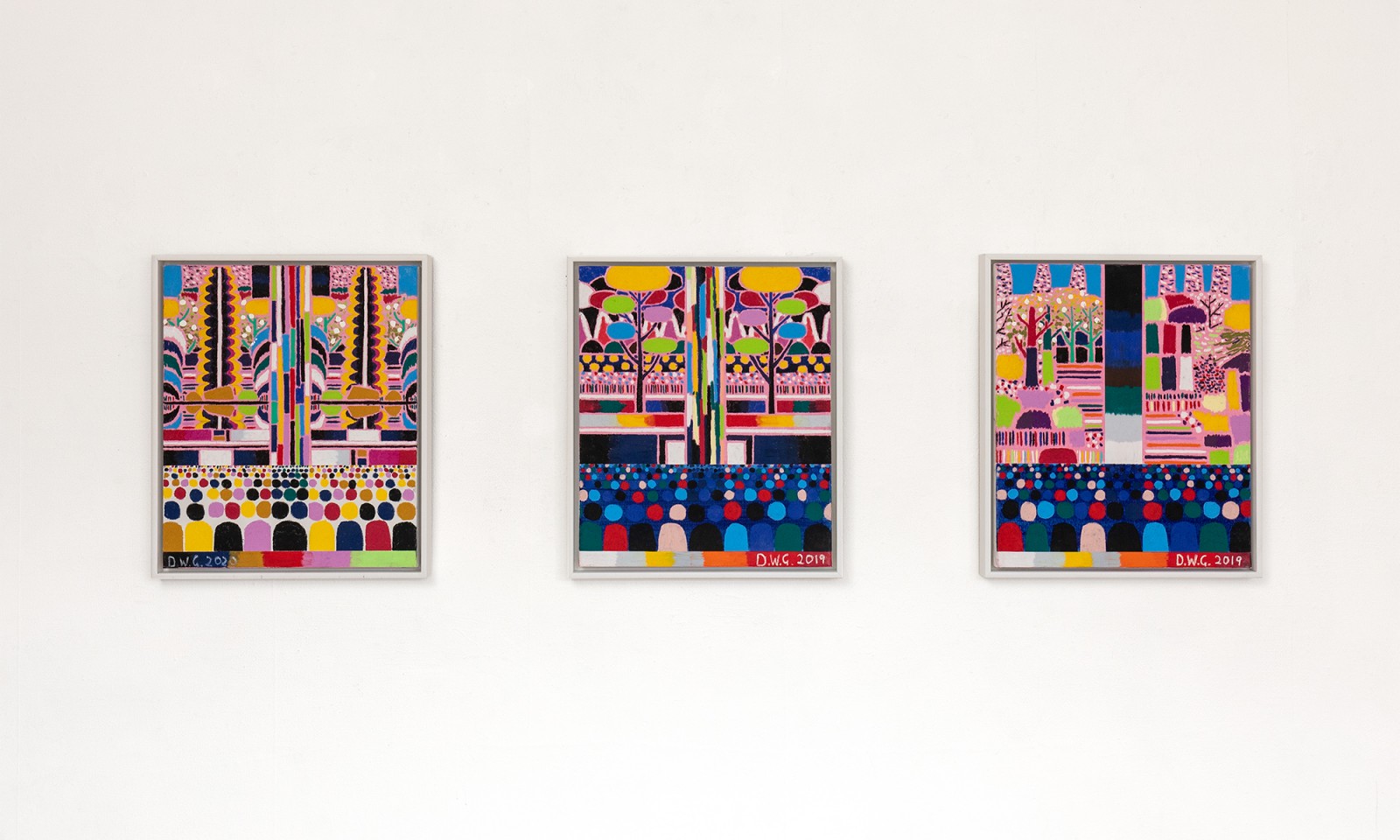 Comprised of 11 works, the exhibition takes its title from Genesis 2.9: “The Lord God made all kinds of trees grow out of the ground—trees that were pleasing to the eye and good for food. In the middle of the garden were the tree of life and the tree of the knowledge of good and evil.”

Darryn George established himself as a leading figure in the the field of geometric abstraction, pioneering a unique visual language that combined influences such as the American abstract expressionism movement with his Māori heritage. The result was minimalist, linear, largely monochromatic works stripped back to their core essentials.

However, in December 2018, change was on the horizon. Included in a group exhibition at McLeavey Gallery, It Was All Yellow, were five brightly coloured, loosely realised works depicting the garden of Eden—a significant departure from earlier work. One and a half years on, All Kinds of Trees explores this changed direction, which has grown from a handful of small works on paper to a comprehensive body of work.

After having stripped everything out, this radical shift in palette, pictorial language and materials was born out of a desire to inject more back in. Searching for a style that was more direct and immediate, and that would expand his vocabulary, Darryn asked himself: what would be the direct opposite of his earlier Clipboard paintings?

Then in March 2019, the Christchurch mosque shooting happened and Darryn observed crowds of people gathered outside the Botanical Gardens, huddled in small groups, looking into the gardens. He photographed the scene and formalised a composition he had been toying with—a crowd of people poised looking into the garden of Eden. Perhaps yearning for an age of lost innocence?

Despite obvious departures from earlier works and a riotous colour palette, All Kinds of Trees features Darryn’s expert flair for creating visual harmony through symmetry, repetition and balance. Compositionally there is a clear trajectory between these works and the Red Sea crossings paintings. The repeated central pillar (a reference to the tree of life?) becomes a formal tool for breaking up space—a nod to one of Darryn’s earliest influencers, American painter Barnett Newman, whose work is characterised by a vertical band of colour dubbed a ‘zip’.

Deliberately free and naive, the works burst out at the viewer. Liberated from a naturalistic colour palette trees, flowers and shrubs are depicted in bold purples, blues, yellows and reds. Colour becomes a metaphor for innocence, purity, pleasure and joy. The senses are drenched by utopic visions. 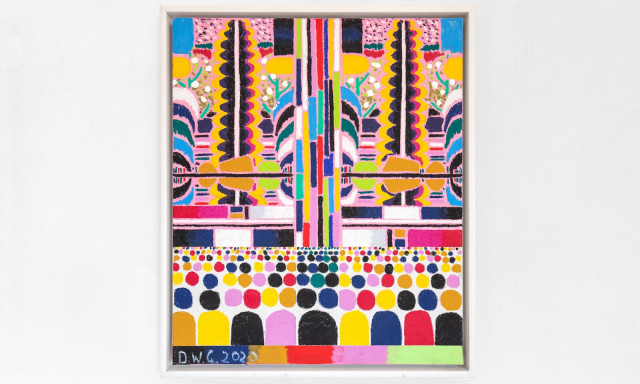 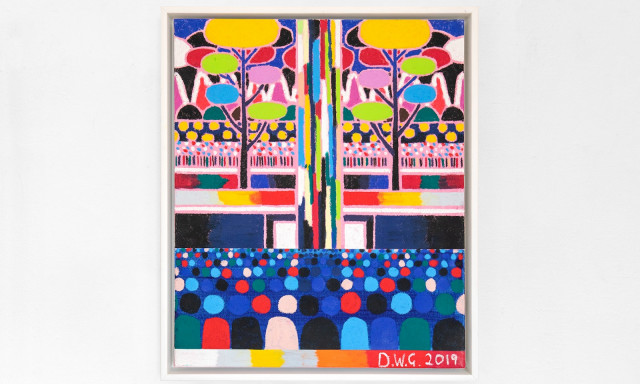 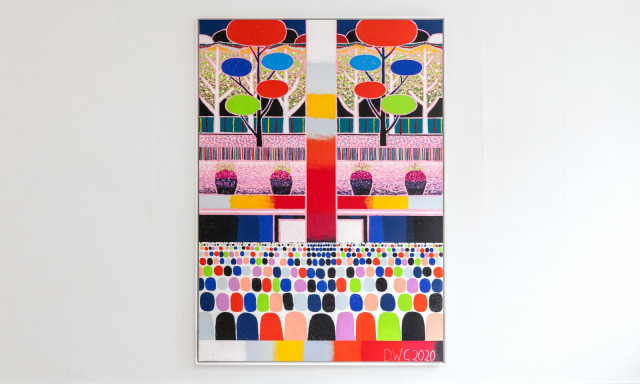 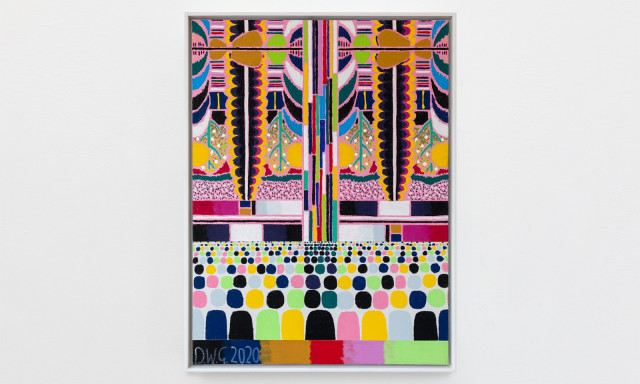 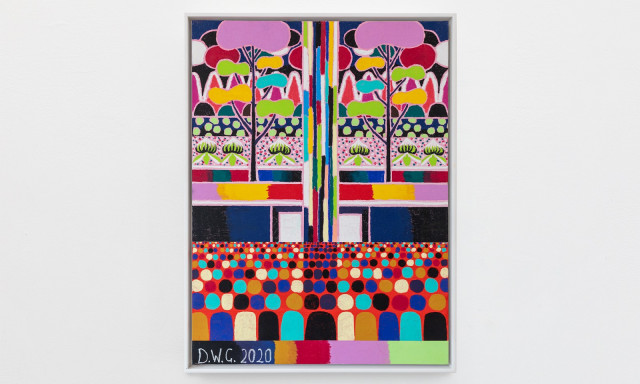 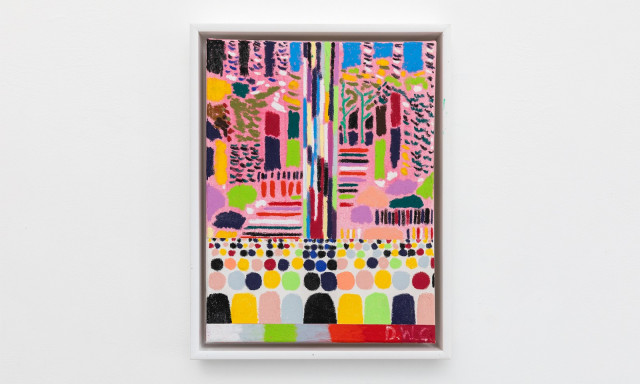 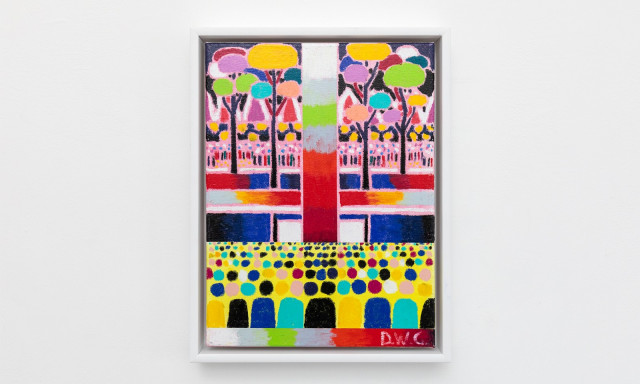 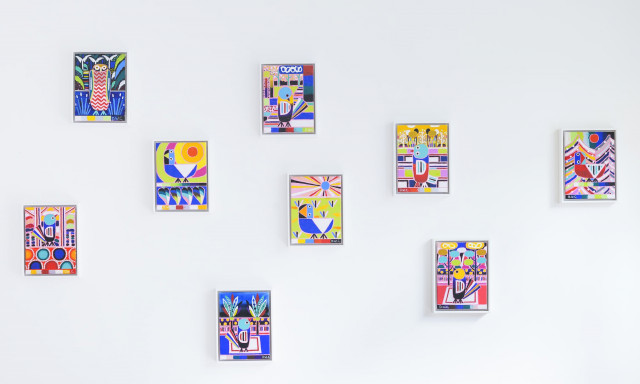 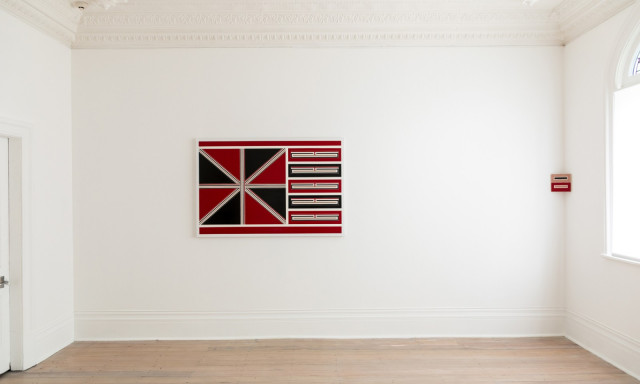 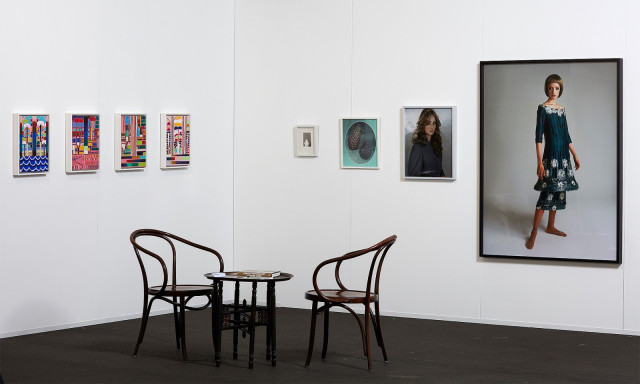