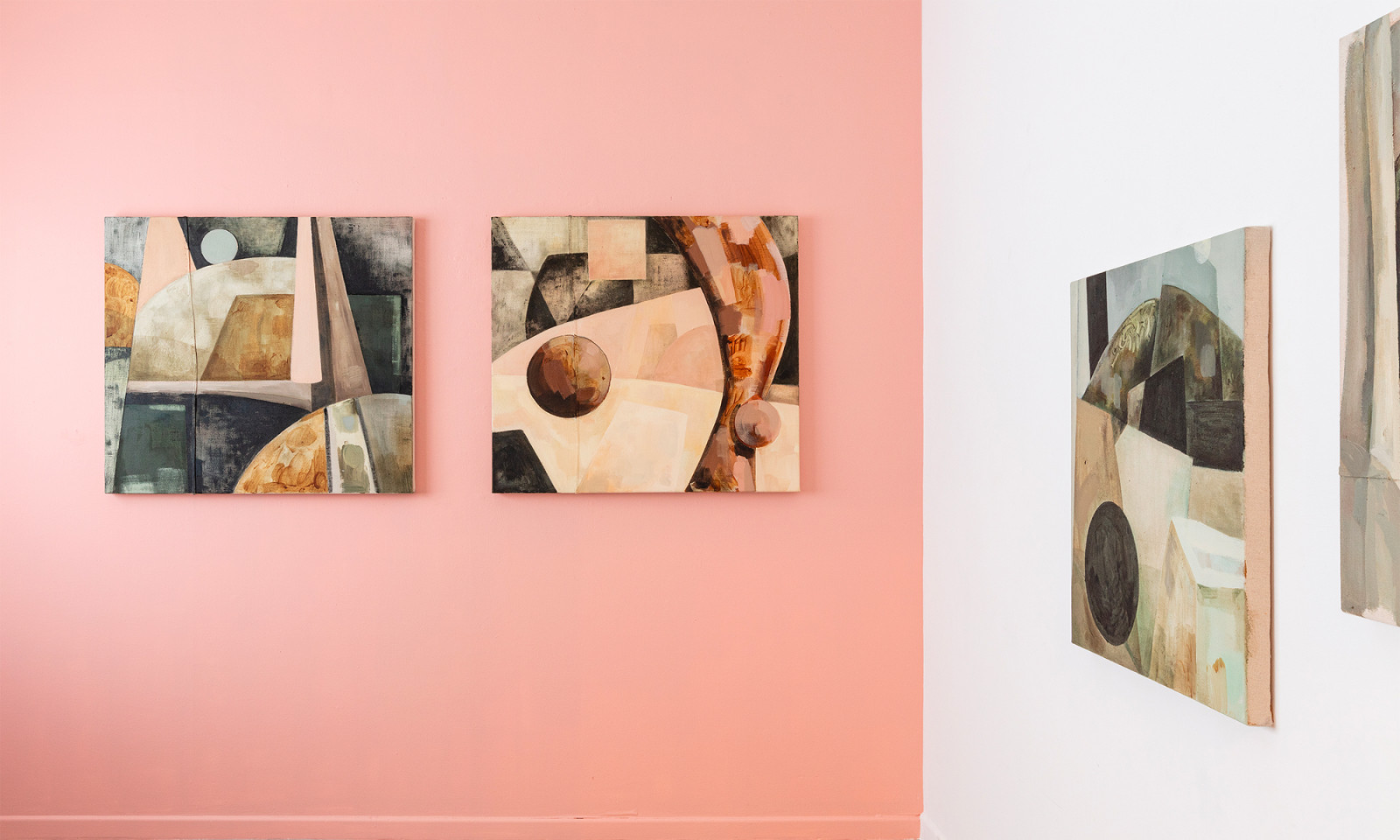 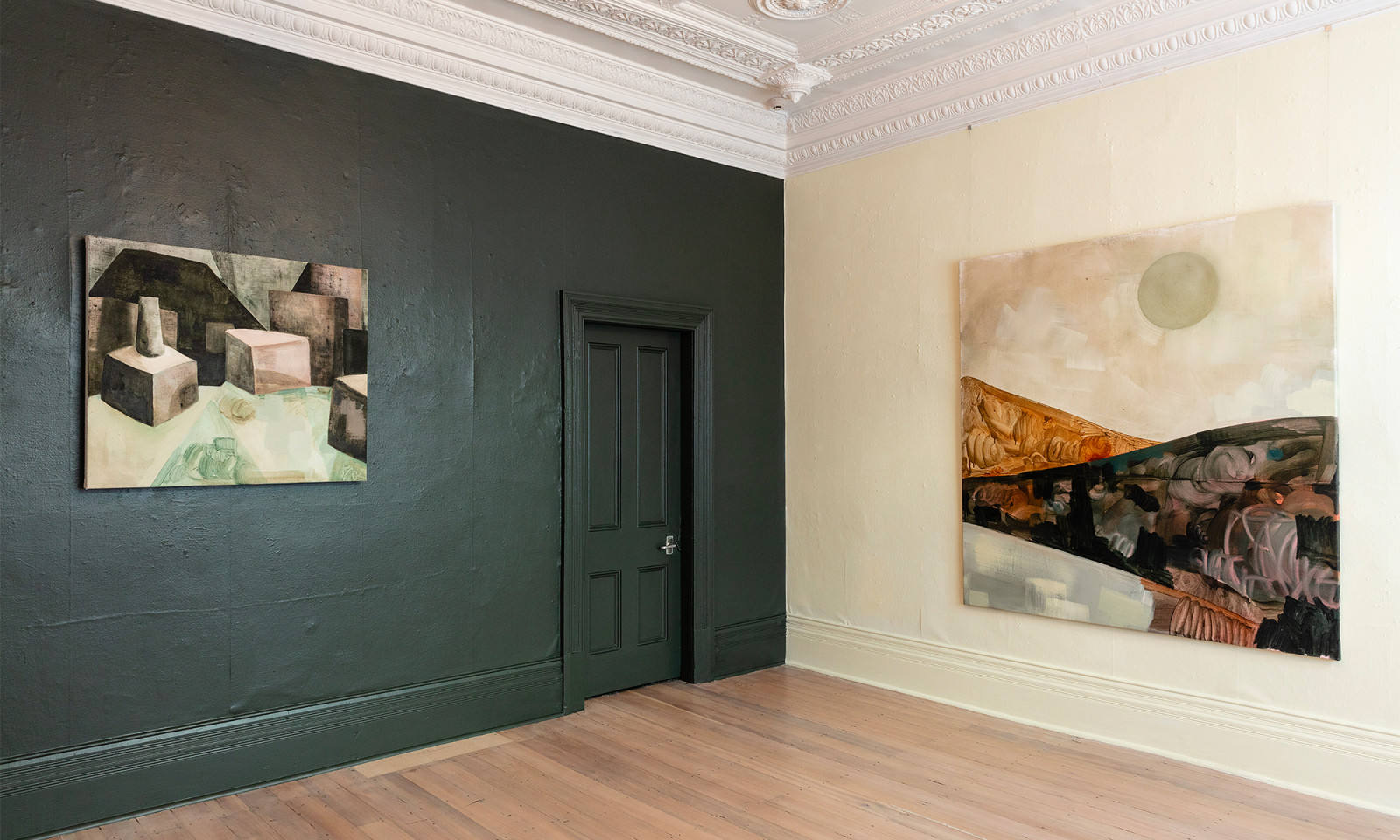 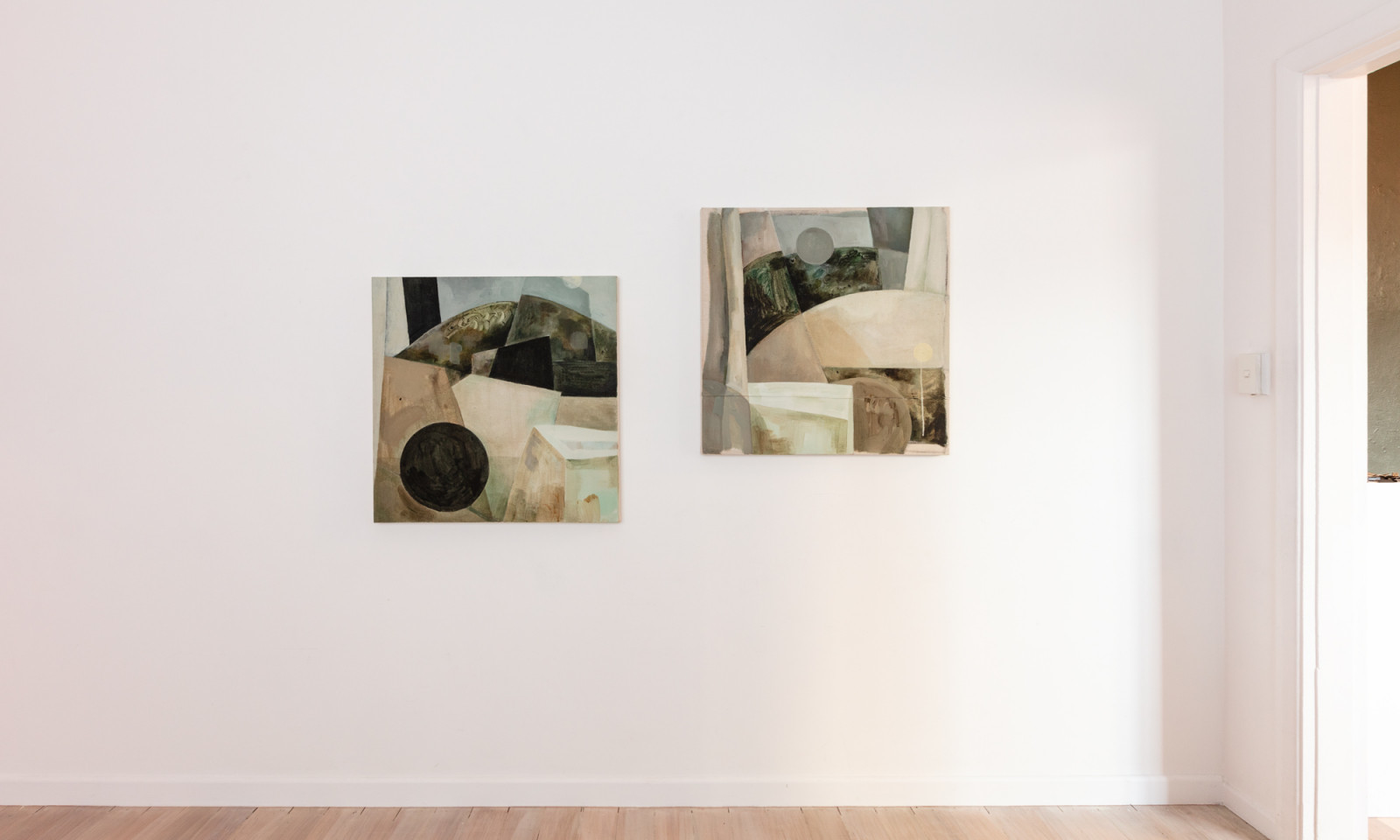 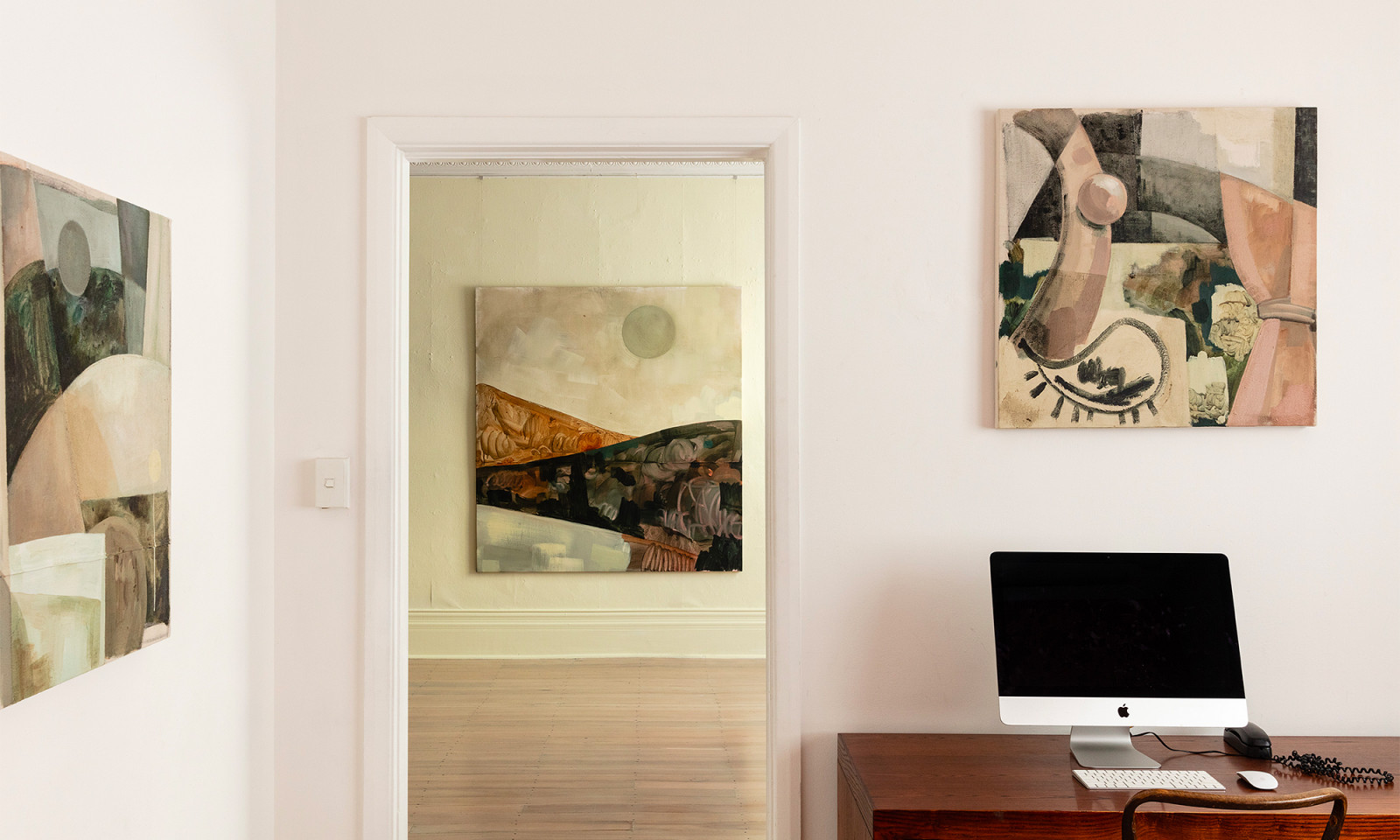 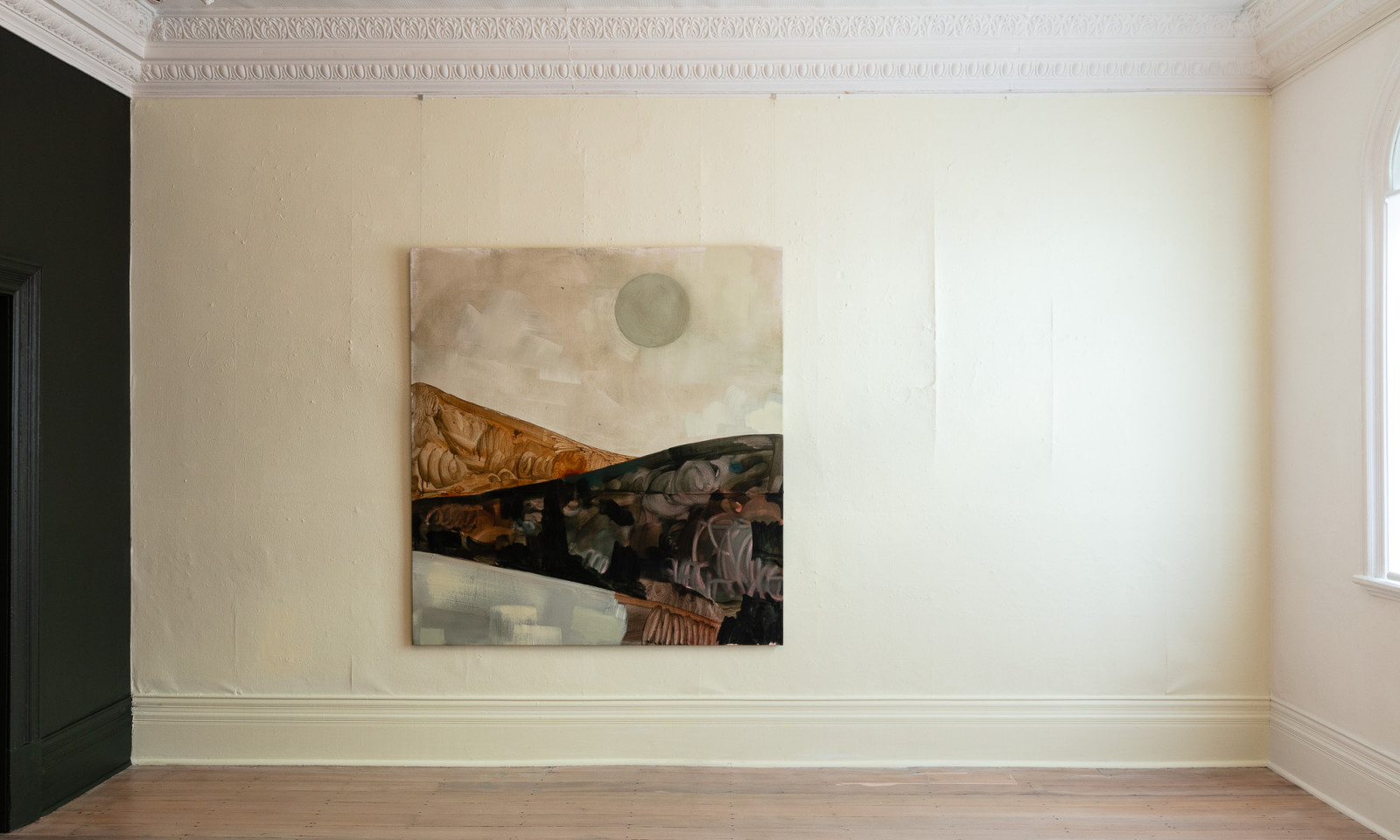 The light is turning; colours are leaching from the landscape; the environment starts to lose definition; home is calling. Early memories of the world at dusk and the suspension of time just before the streetlights flick on inspires Christina Pataialii’s exhibition at McLeavey Gallery.

What happens when the light seeps away and our eyes adjust? The exhibition plays on shifts in perception and abstracted interpretations. Curtains, windows, rugby boots, and rolling hills dip in and out of recognition—like slippages that occur when, navigating at dusk, you question a shape in the distance. Murky forms emerge in a shadowy palette of greens, blues, greys and blacks.

Christina’s first exhibition of new work since returning from the Gasworks residency in London, Home by Dark is an important development in her palette, composition and style. Long concerned with the tension between building and flattening surface and creating a push and pull between painterly and physical space, these new works formalise her interest in fracturing and fragmenting forms and composition.

Open, swirling strokes give way to tighter brushwork and a stronger sense of geometry and line. Echoes of early 20th century avant-garde painting—influences Christina explored more fully in Europe—can be seen throughout. Particularly inspiring were two exhibitions of Russian painters Liubov Popova and Natalia Goncharova—early pioneers of a new visual language with far-reaching implications. (Natalia’s work can be found in the collection of the Museum of New Zealand Te Papa Tongarewa.)

Originally conceived during Christina’s time in London—when Brexit and the UK election loomed large, creating a charged atmosphere of uncertainty—the works were completed during lockdown and the weeks following. Visual shifts in light, palette and style become a metaphor for wider social shifts. The liminal space between day and night referencing the ambiguity of the present moment. 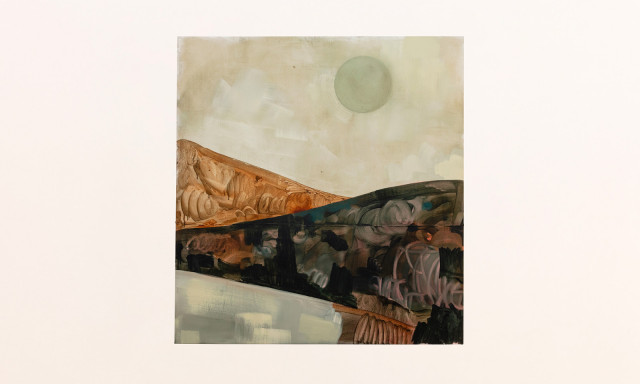 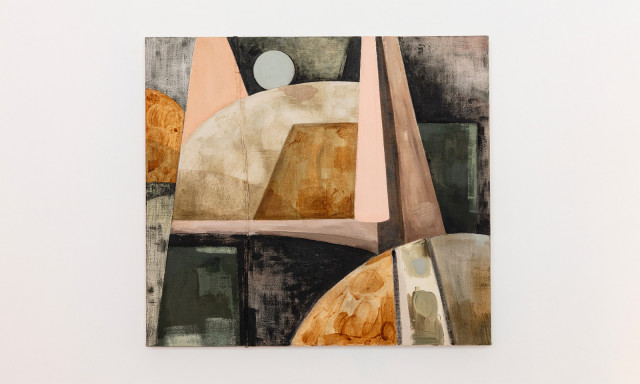 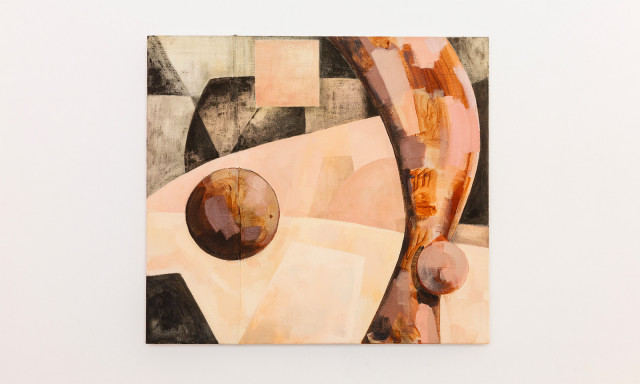 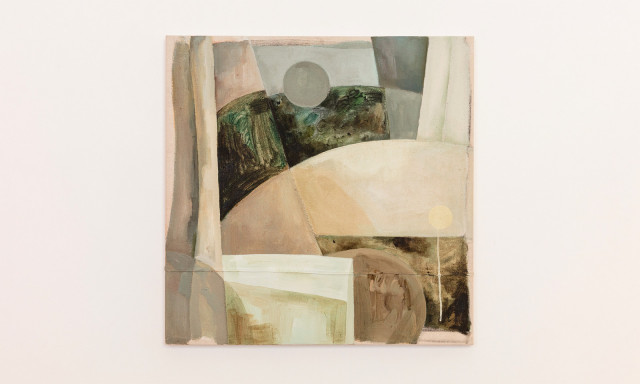 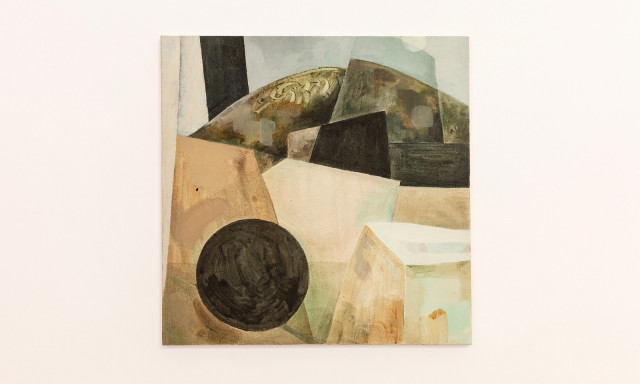 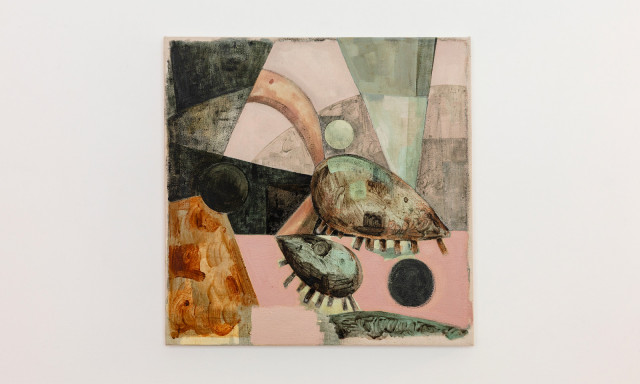 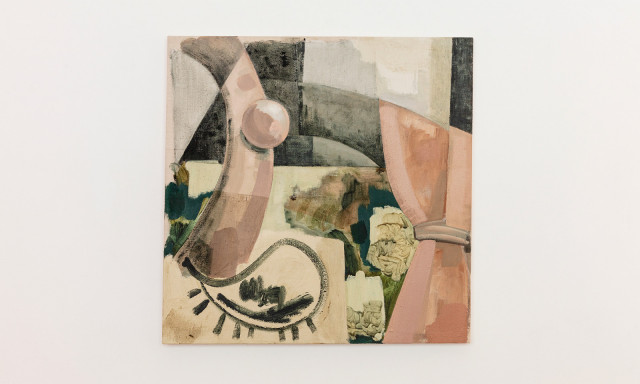 Last One In
Christina Pataialii, 2020
Acrylic and house paint on canvas, 76 x 76cm Didn’t Know What Time It Was
Christina Pataialii, 2020
Acrylic and house paint on canvas, 90 x 100cm 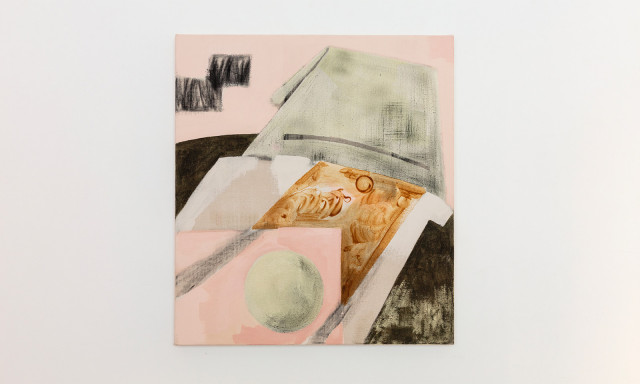 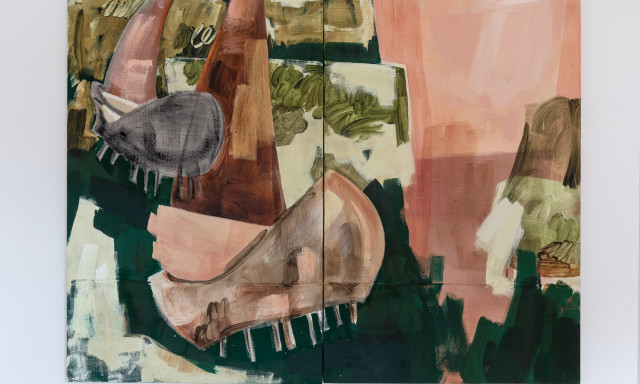 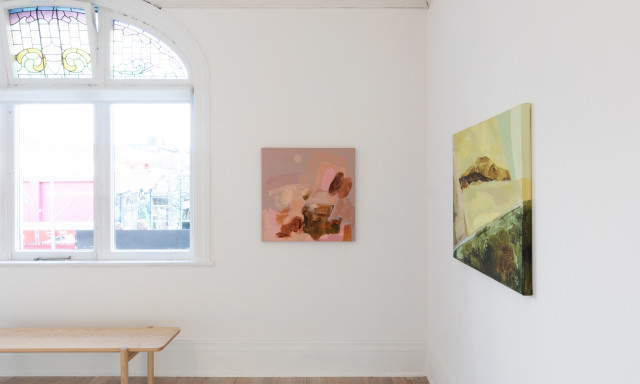 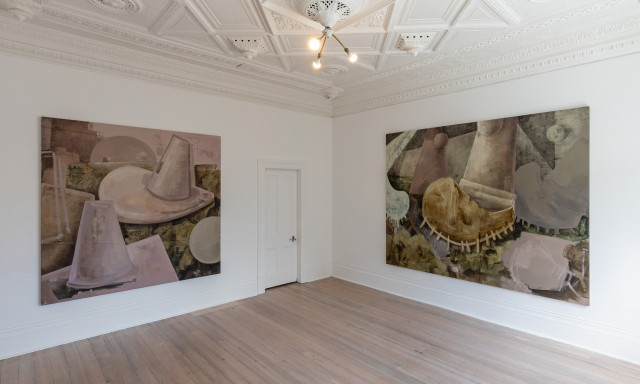 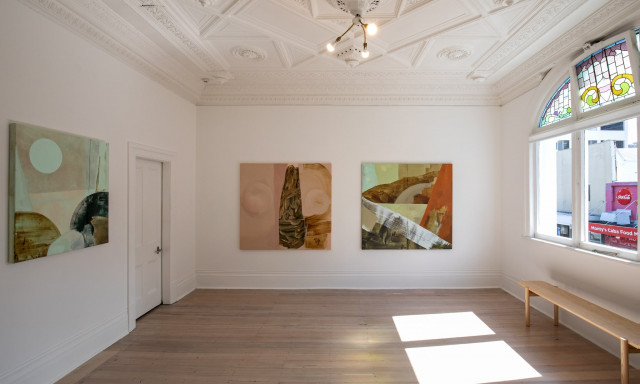